Embracing Brevity in the Communication of Social Science

As a member of SPSP, advocating for the field should never be far from one’s mind. This is especially true for members of the Government Relations Committee who have a specific focus on national policy and the system of research and development supported by the federal government and its agencies.

“Social psychology has the unique expertise to help provide solutions to many social issues, but people outside of our field are often unaware of the contributions we make,” says Government Relations Committee member Corey Cook.

And while the majority of members are not meeting with legislators on Capitol Hill to communicate the importance of the field’s efforts, each of us can play a role by explaining the value of our work through well-thought-out, concise language that resonates with the average person.

To encourage future advocates to embrace brevity and straightforwardness when communicating the impact of their work in the real world, the Committee developed a competition that asked students to use this “less is more” approach when detailing the impact of social science research.

Announced earlier this year, the competition was modeled on COSSA's "Why Social Science" campaign. It asked researchers to relay the social impact of their work in 100 words or less.

The committee received 47 submissions, mostly from graduate students. To arrive at the three best entries, Cook and fellow committee member Kate Sweeny of University of California Riverside, blindly evaluated each submission and scored the submissions on a scale of 1 to 3 based on the importance of the societal issue, its timeliness in terms of the current landscape, the submission’s level of interestingness, it’s readability and quality of writing, and the extent to which it highlights social psychology research.

Congratulations James, Ryan, and Annie for their winning submissions (featured below). The Committee hopes everyone will be inspired to communicate the importance of their own work in equally concise and clear language. 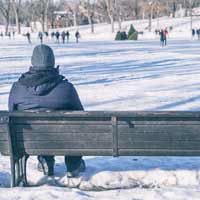 Criminal justice reform can start with our words 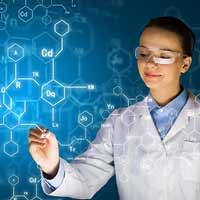 The words we use have a large effect on whether women and underrepresented minorities stay engaged with science, technology, engineering and mathematics (STEM) fields. Social science has shown how simple strategies such as shifting the words and language we use can have a large impact on students’ science motivation and feelings of capability. For example, talking about doing science (as an activity) or emphasizing students’ capacity to grow leads students to persist more in science activities than they might otherwise. These small changes take little effort but yield major benefits by sustaining a larger and more diverse STEM pipeline. 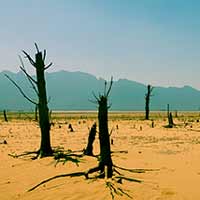 Social scientists have known for a long time that humans are social creatures, and have now begun leveraging this need for social connectedness to address the climate crisis. Messages about climate change that frame the problem as a collective one – a “we’re in this together” attitude – promote support for climate action. Framing the problem in community values and emphasizing the steps others are already taking to reduce their carbon footprint encourages people to rally together around a common cause.

Connect with colleagues, share resources and join the discussion!

Join the more than 200 volunteers that help push forward the SPSP mission each year.

© 2021. Society for Personality and Social Psychology®. All rights reserved.